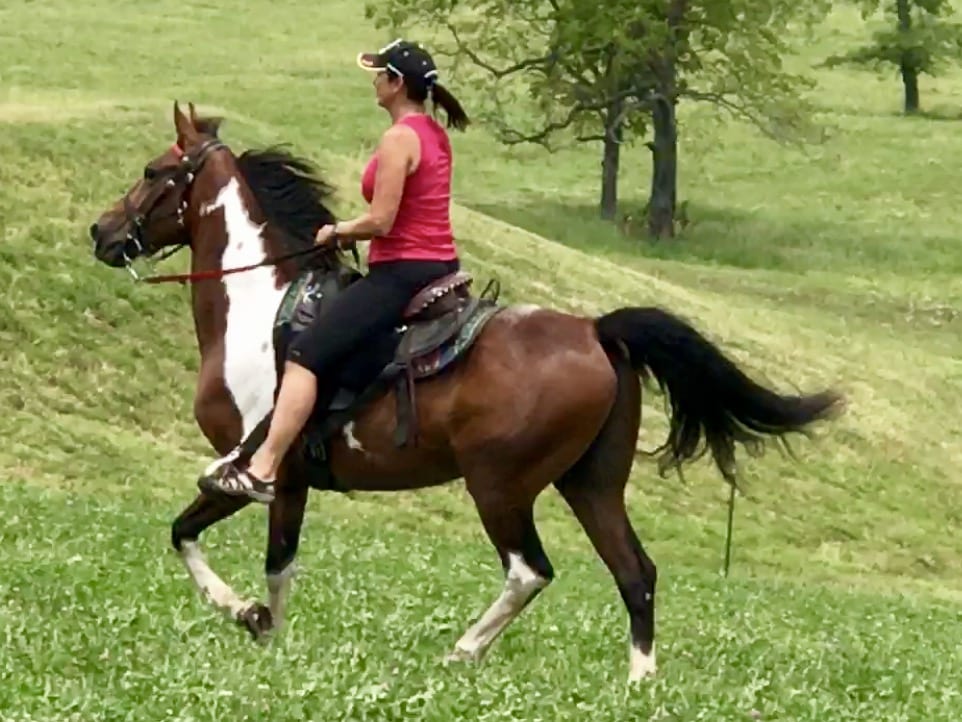 Do not use commas when placing a bid. 4 minutes will be added to the timer if a bid is placed within the last 4 minutes of the auction. Please check your spam folder if you are not receiving email notifications

Description: Jedi is a very sweet, personable, smooth and energetic little gelding that is a blast to ride on the trail. He has great ground manners and will stand still for shoeing, clipping, grooming, tacking up, bathing, etc. He jumps right into any type of trailer...stock, slant load, straight load...whatever.

He is super athletic and surefooted on the trail with a very smooth gait, lots of stamina, and a good amount of speed. He's not a dead head type that anyone can ride though because he does spook every now and then. A turkey vulture flew up right in front of him the other day and he did a 180 but stopped. An unseasoned rider could have fallen off so he needs an experienced, confident rider with a good seat.

I have taken him on several horse camping trips in which he's been exposed to tunnels, bridges, wagons, dogs, rivers, lakes, vehicles, etc., and he doesn't miss a beat. As you'll see in the videos, I did an obstacle course with him at a horse camp and it just took a couple tries to do all of them. He is very willing to go wherever you point him so long as you give him a chance to check it out and show him that you're a good leader that he can trust.

Jedi will walk and be mellow when riding by himself or another horse or two but he is competitive in larger groups and likes to keep up with the other horses. However, even though he's a forward horse who likes to go, he isn't hard to hold back and he always stays in gait. I've ridden him with just a snaffle or Wonder bit and he is quite responsive. I have mostly just kept him in a running walk but he will also canter if asked. He also backs up pretty well and sidepasses somewhat.

Jedi will come right up to you in the pasture and is definitely a people horse. I think he's adorable and I am constantly getting compliments on him because he's so dang handsome! So if you're an experienced rider who is looking for a really fun little trail horse with plenty of go, a smooth ride, a friendly personality and also one that will turn heads on the trail...then Jedi is your guy! 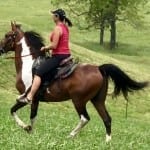 Between Buyer and Seller 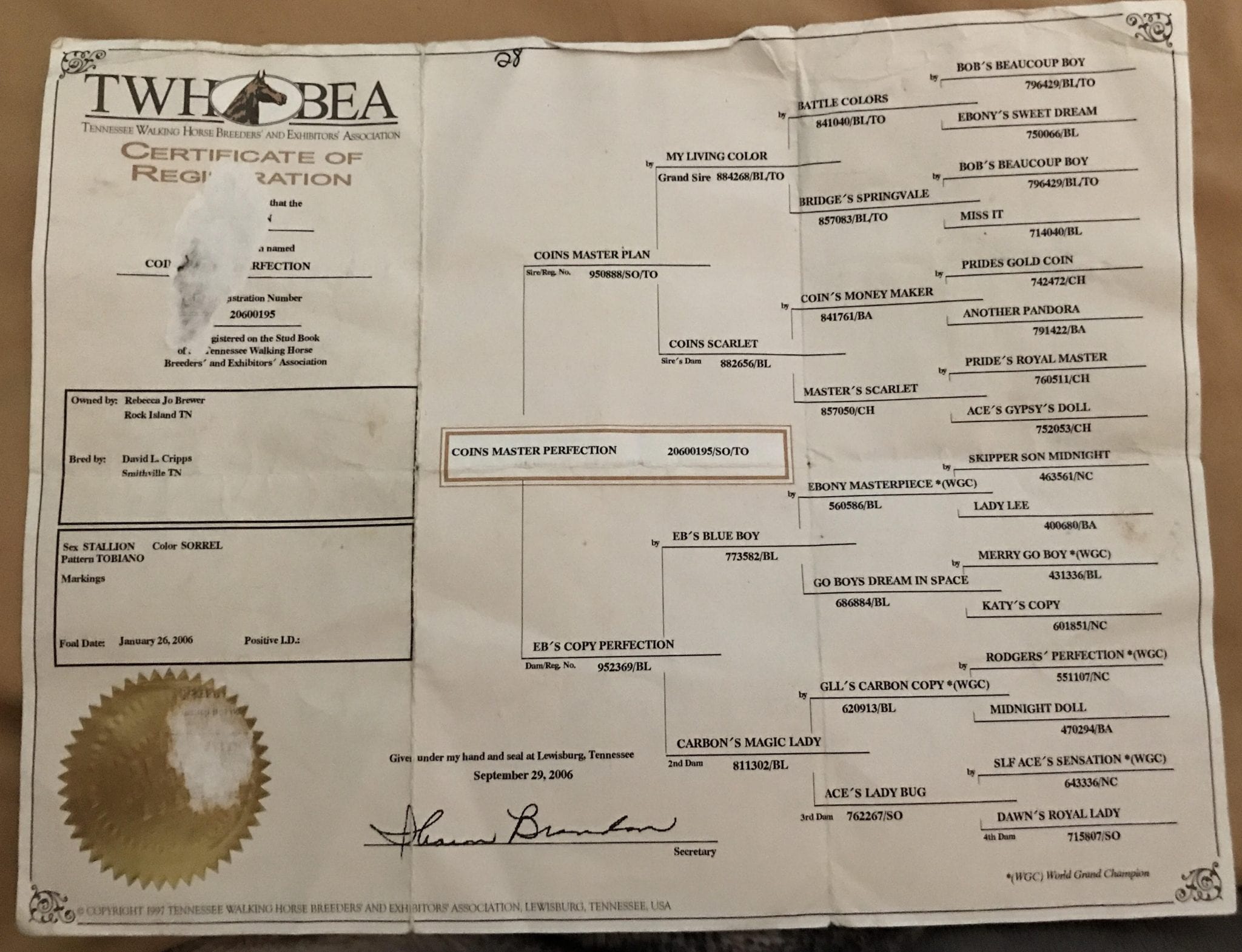 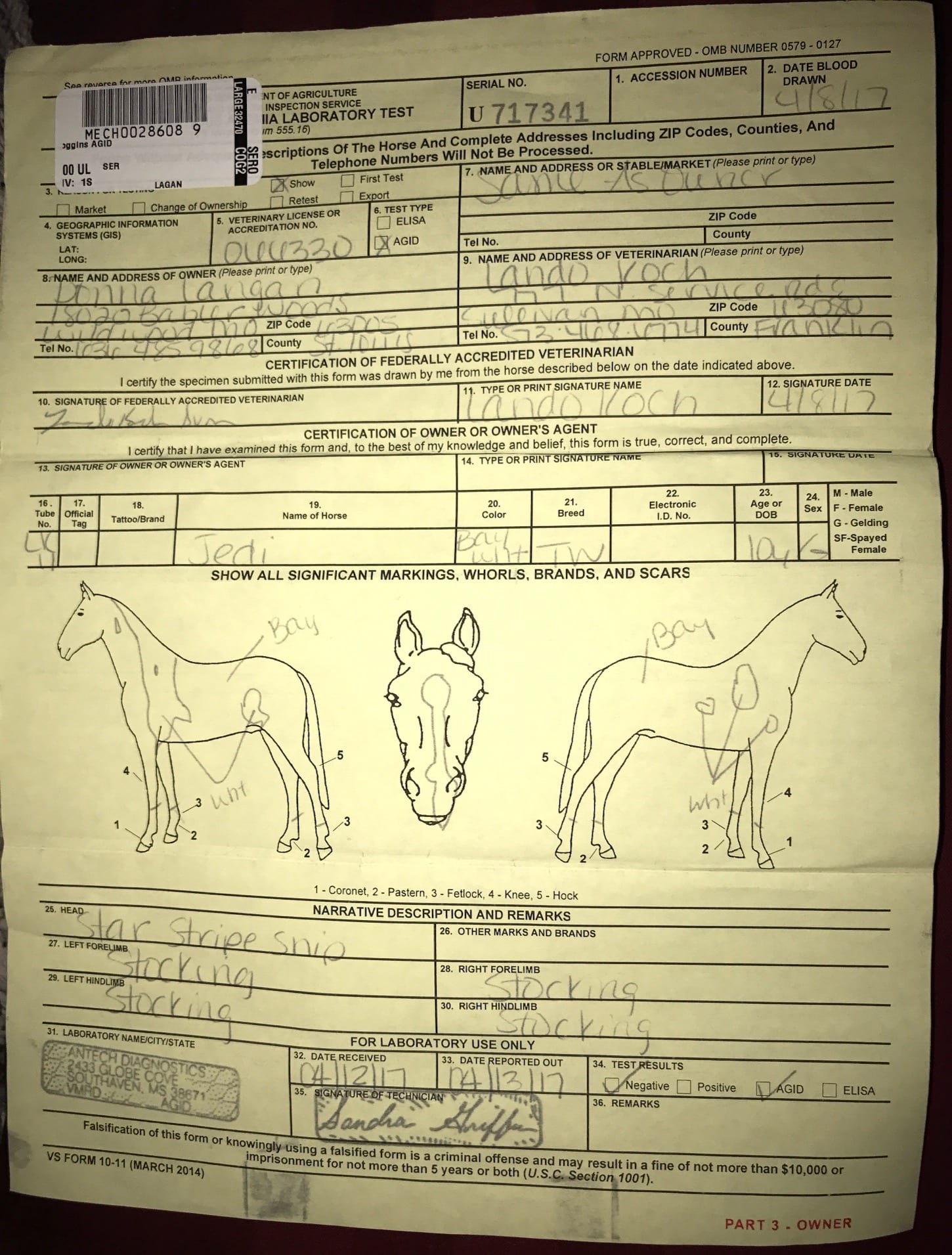 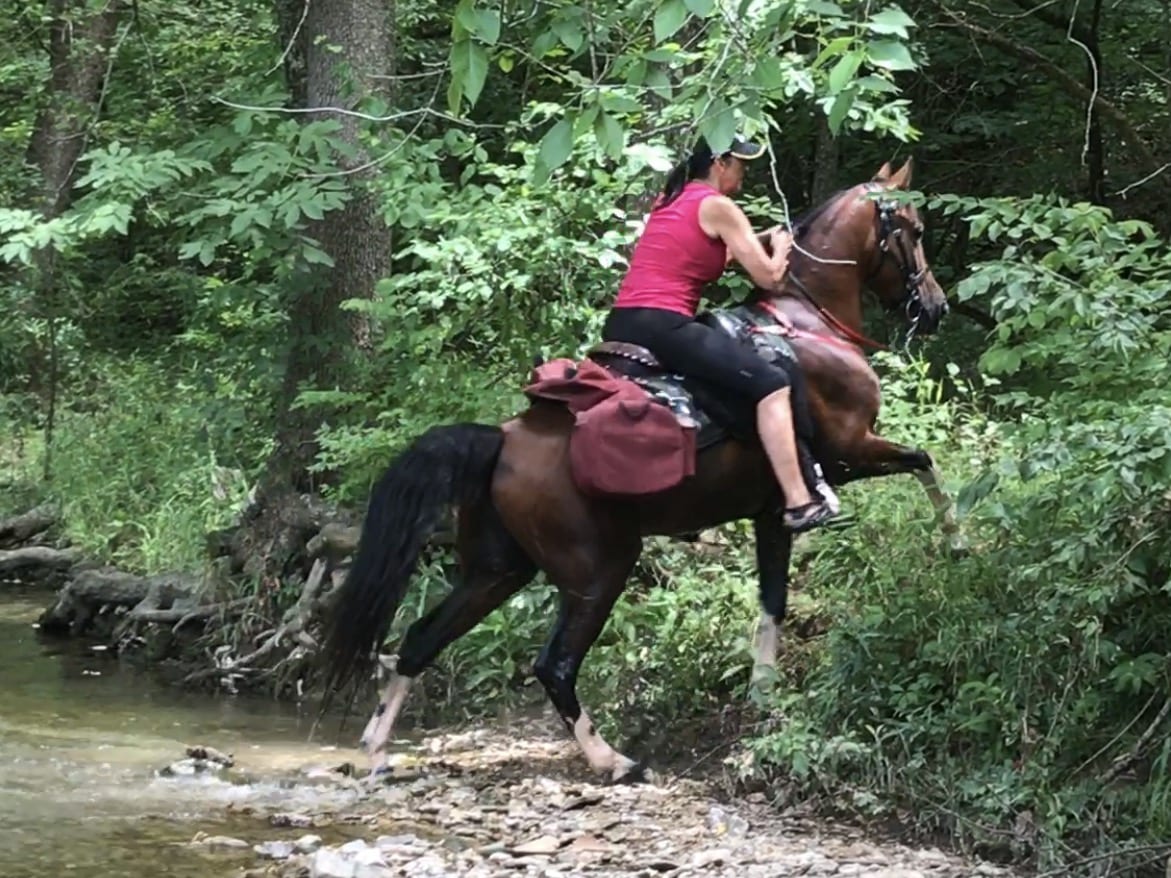 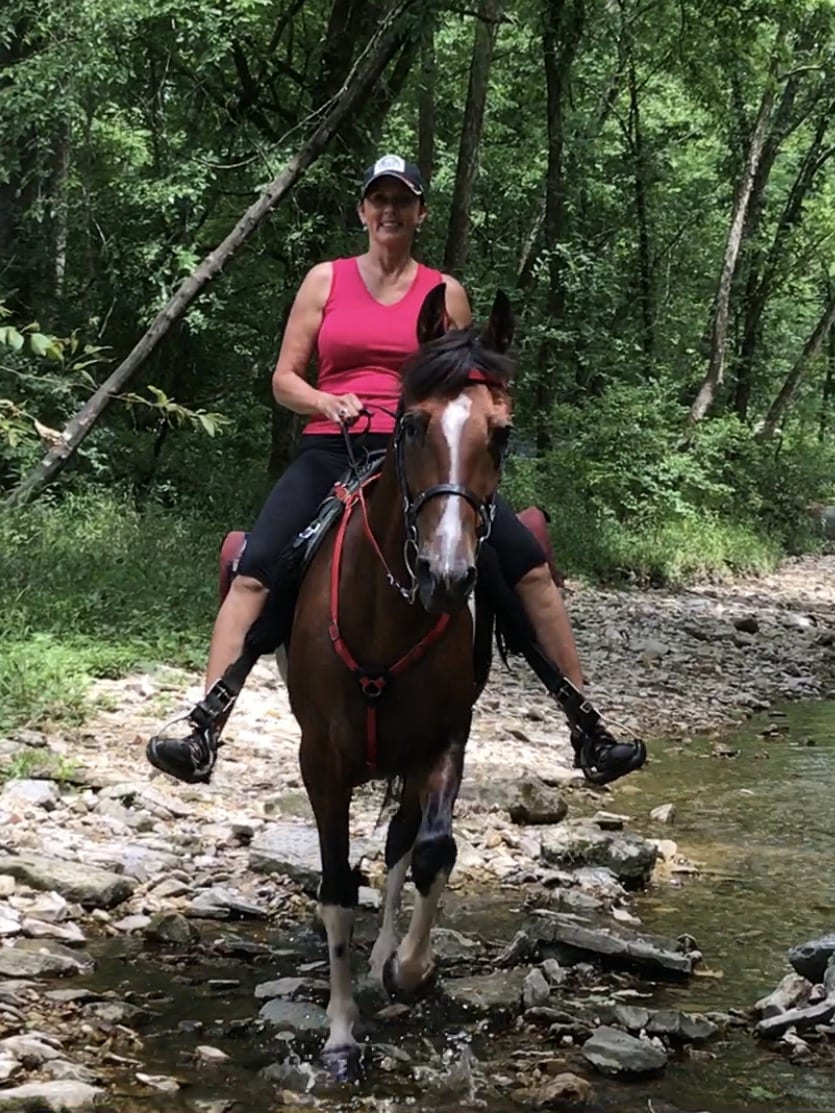 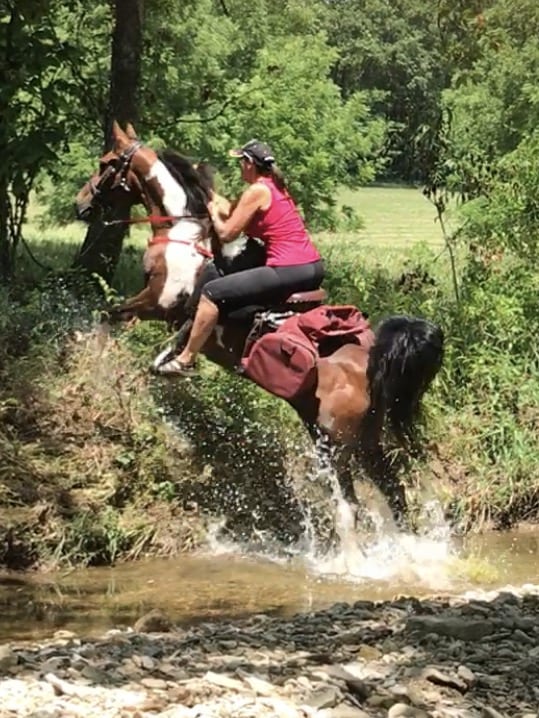 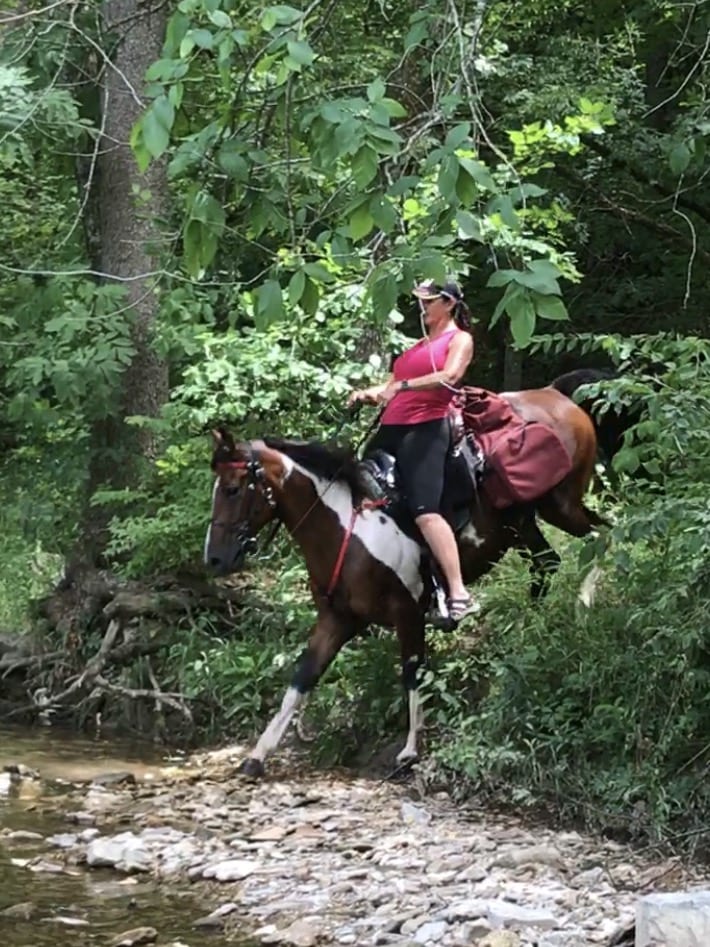 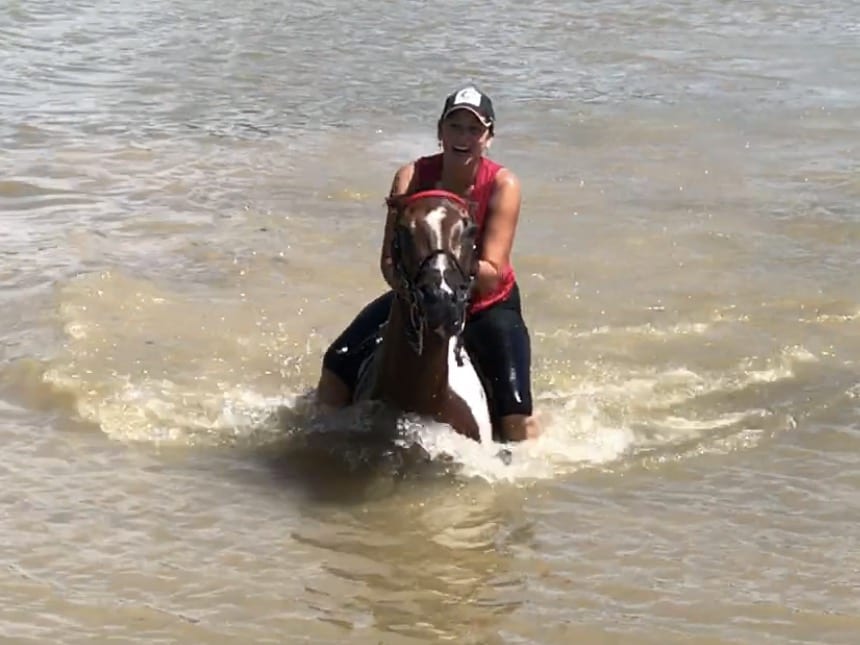 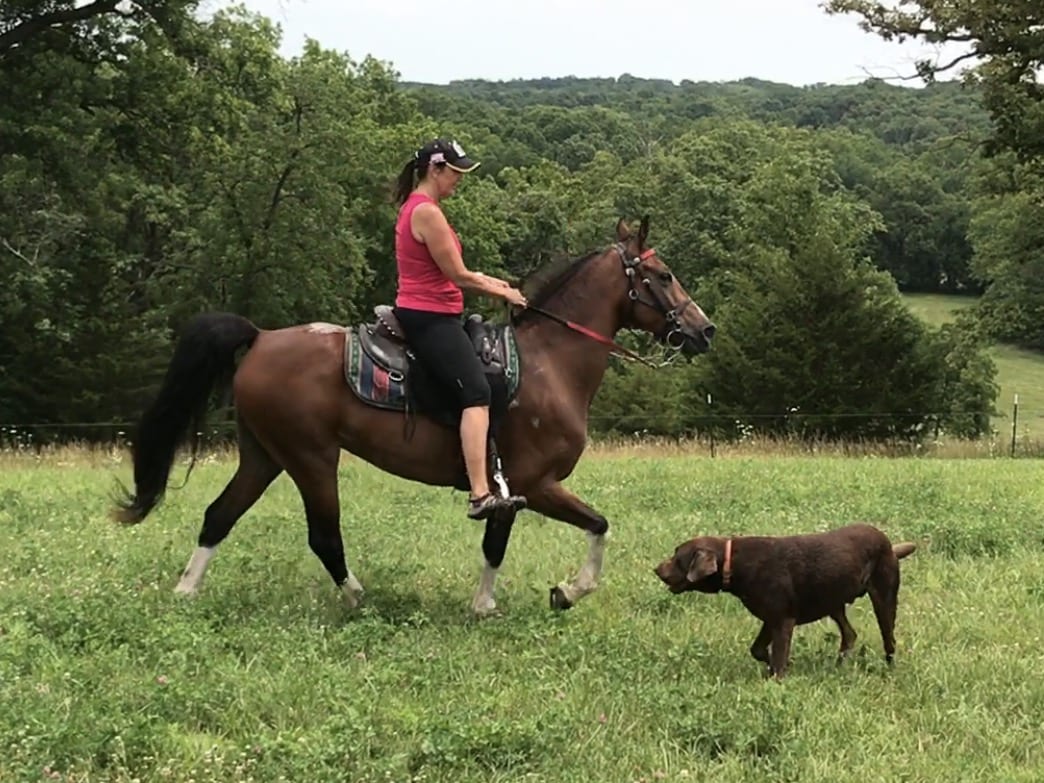 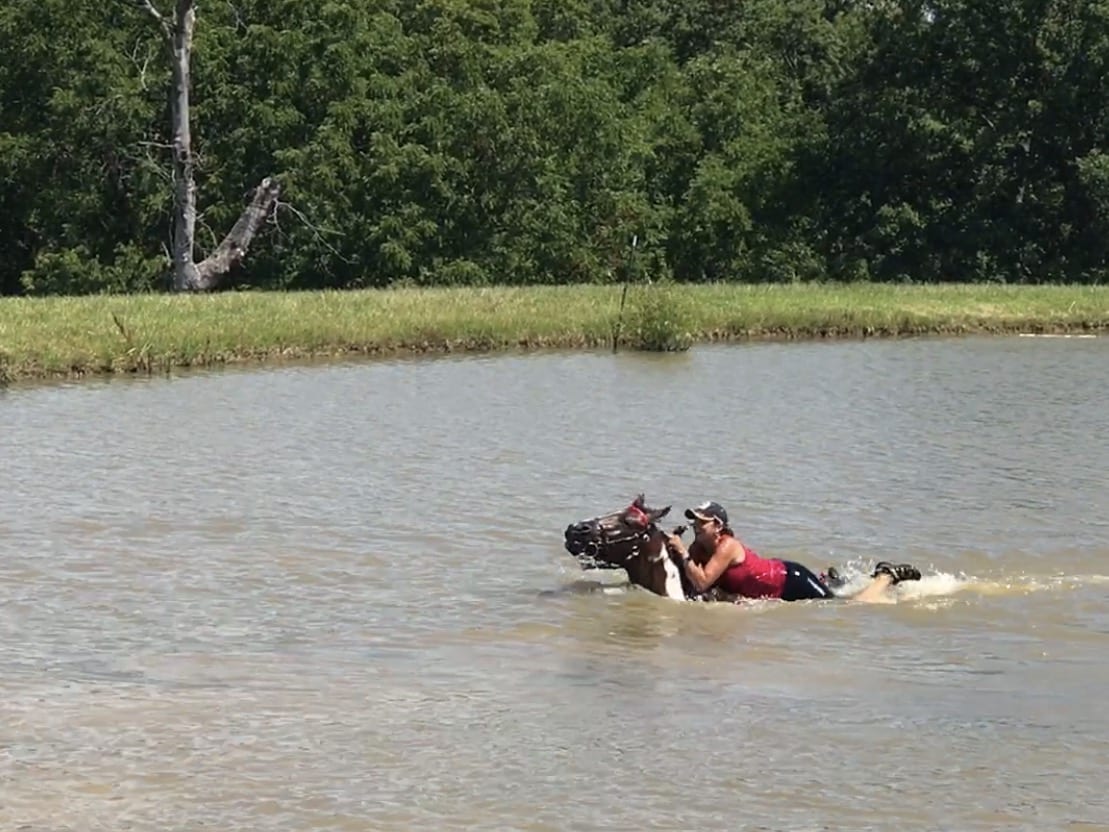 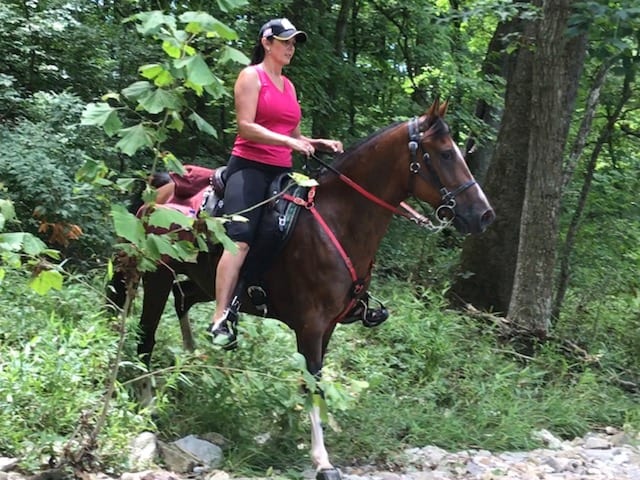 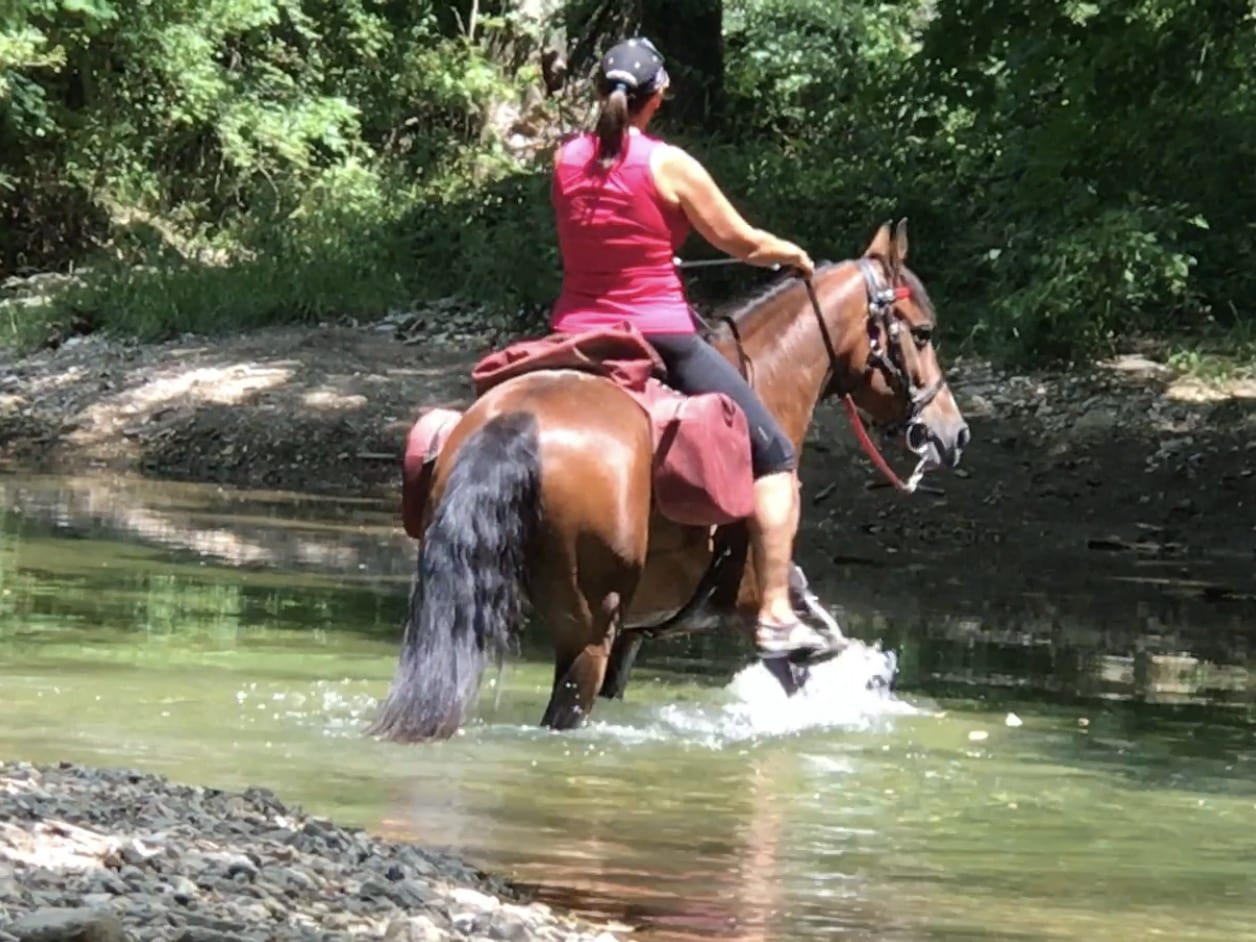 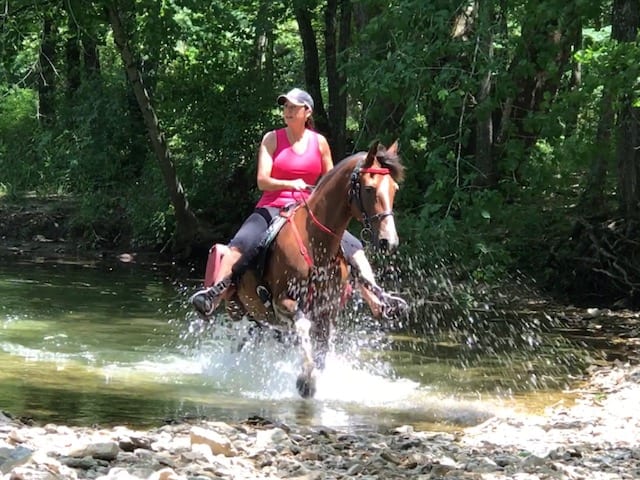 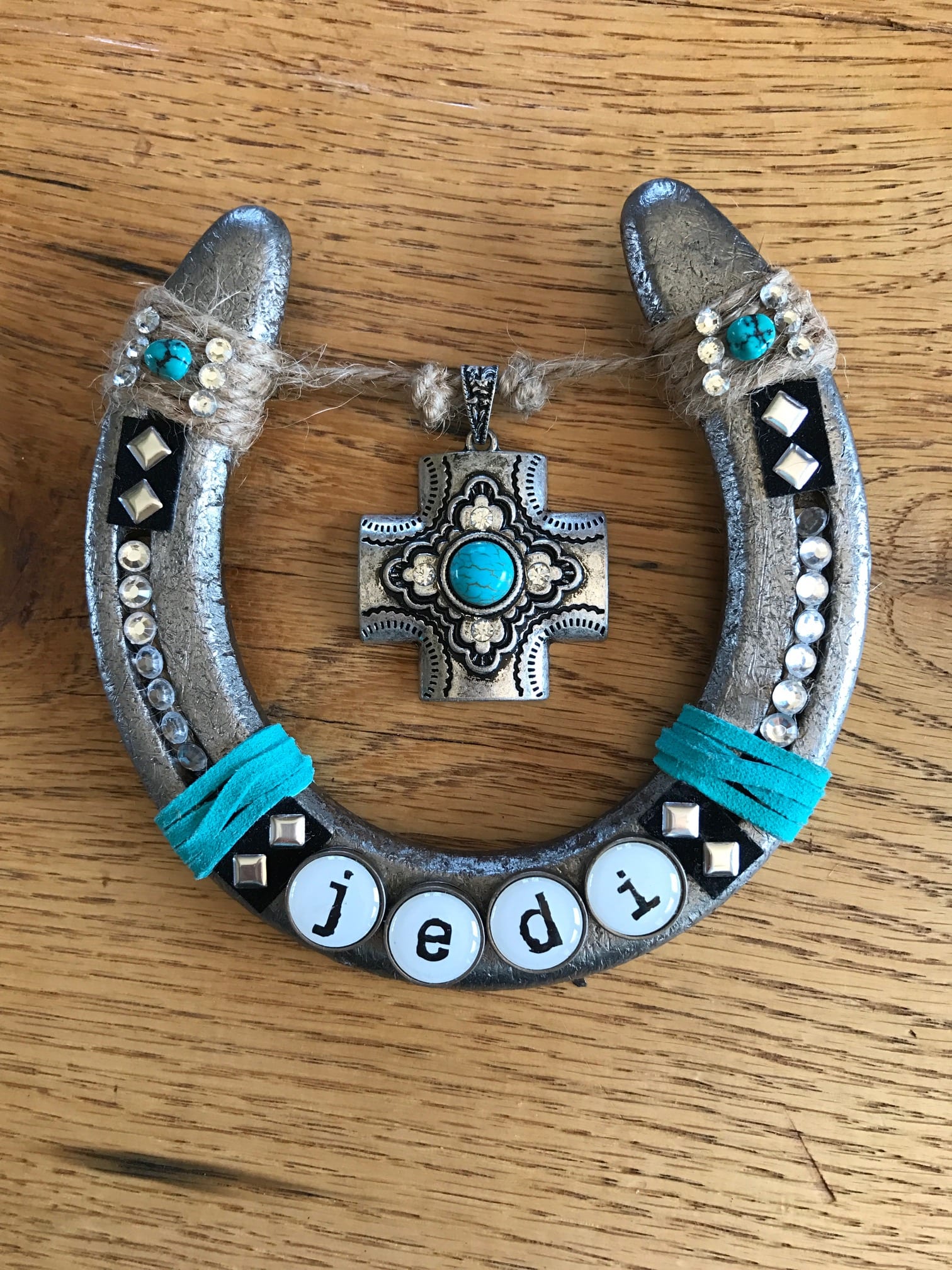 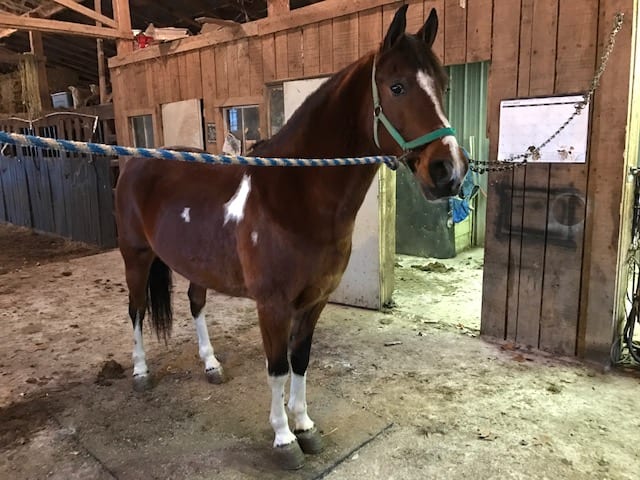 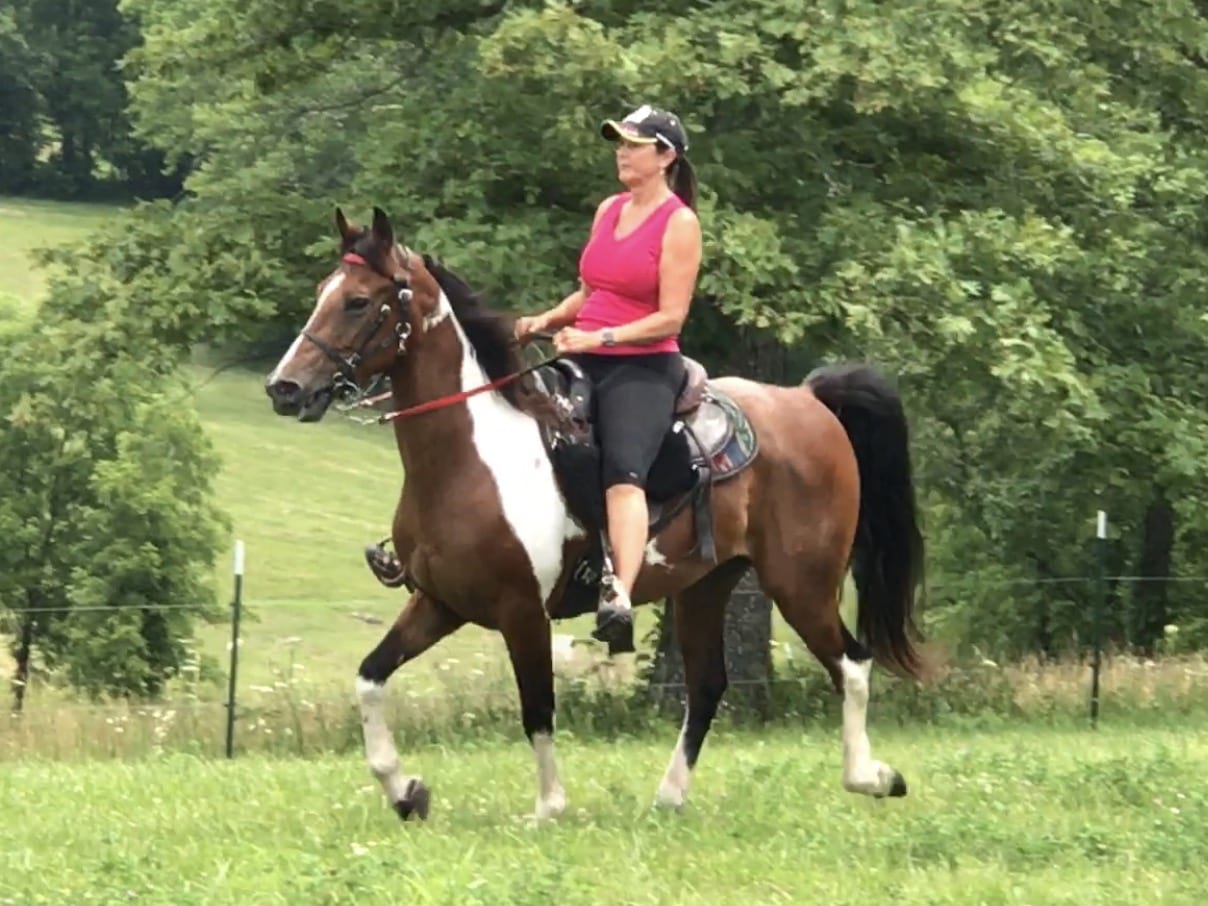 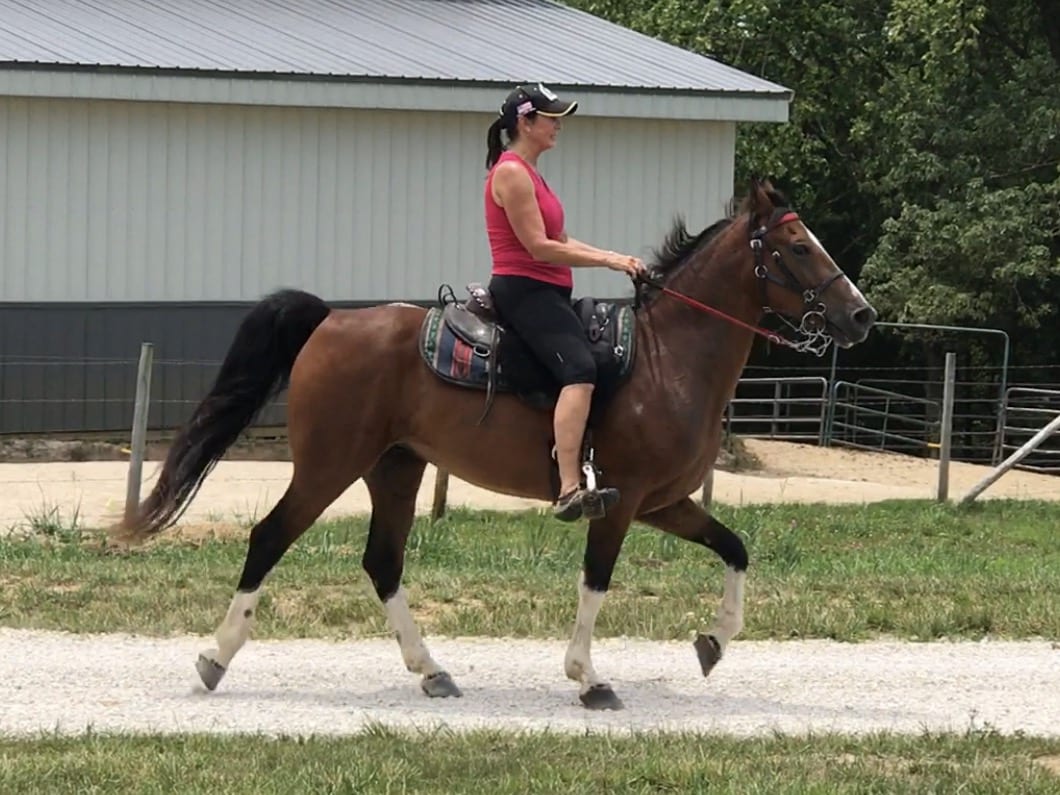 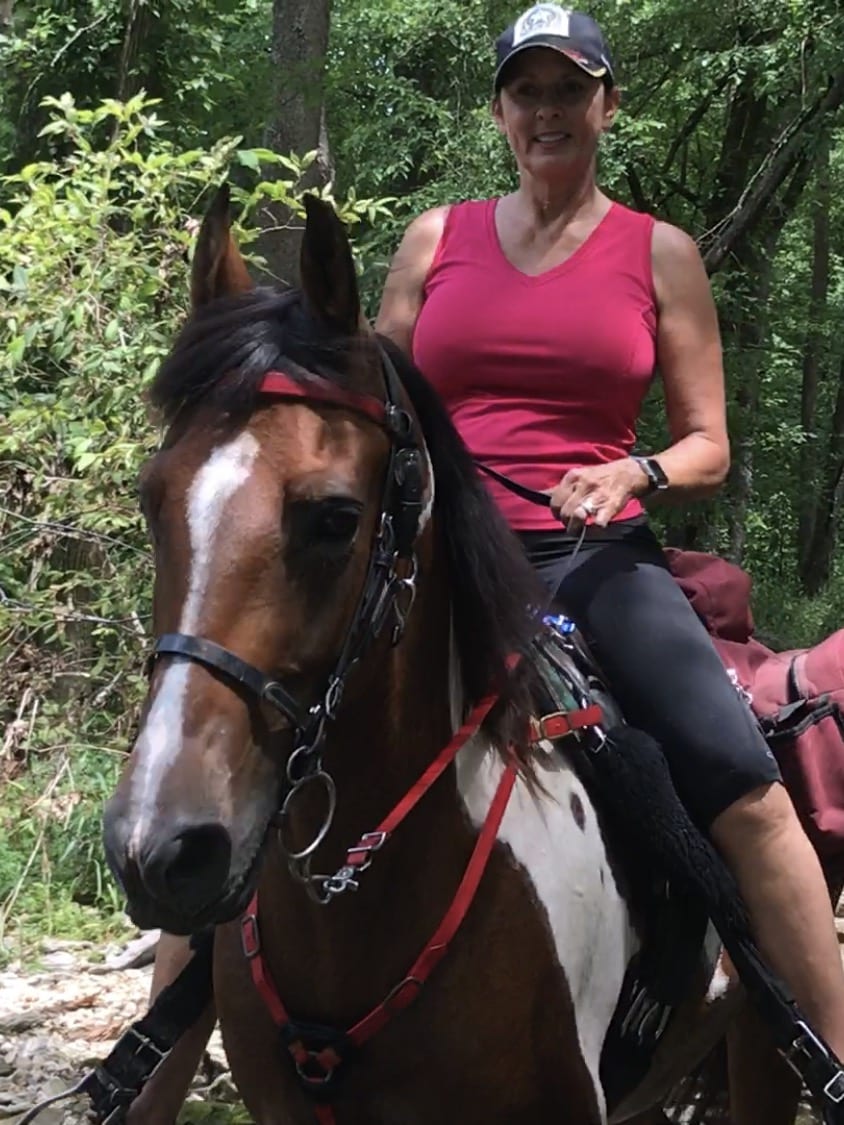 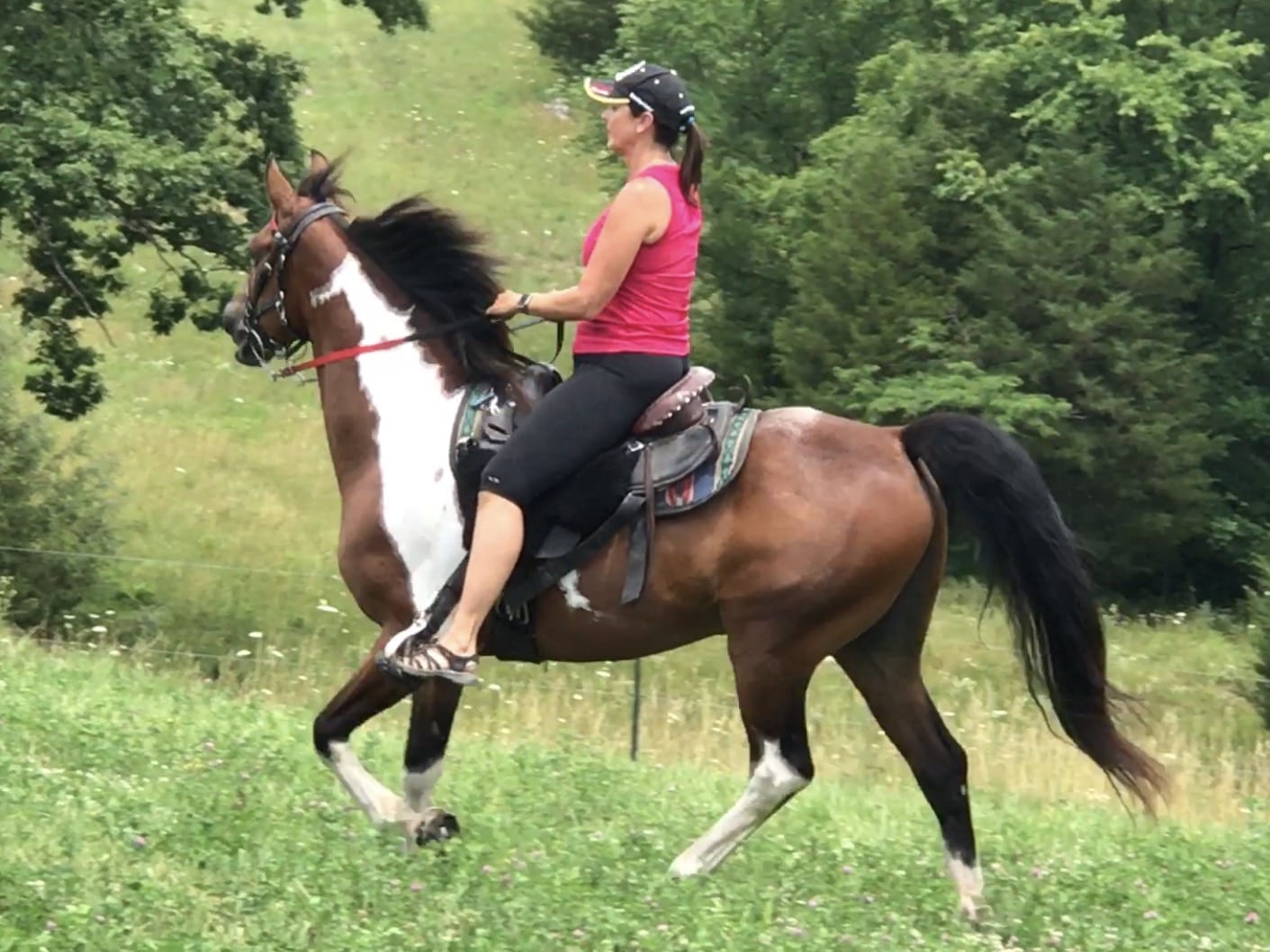 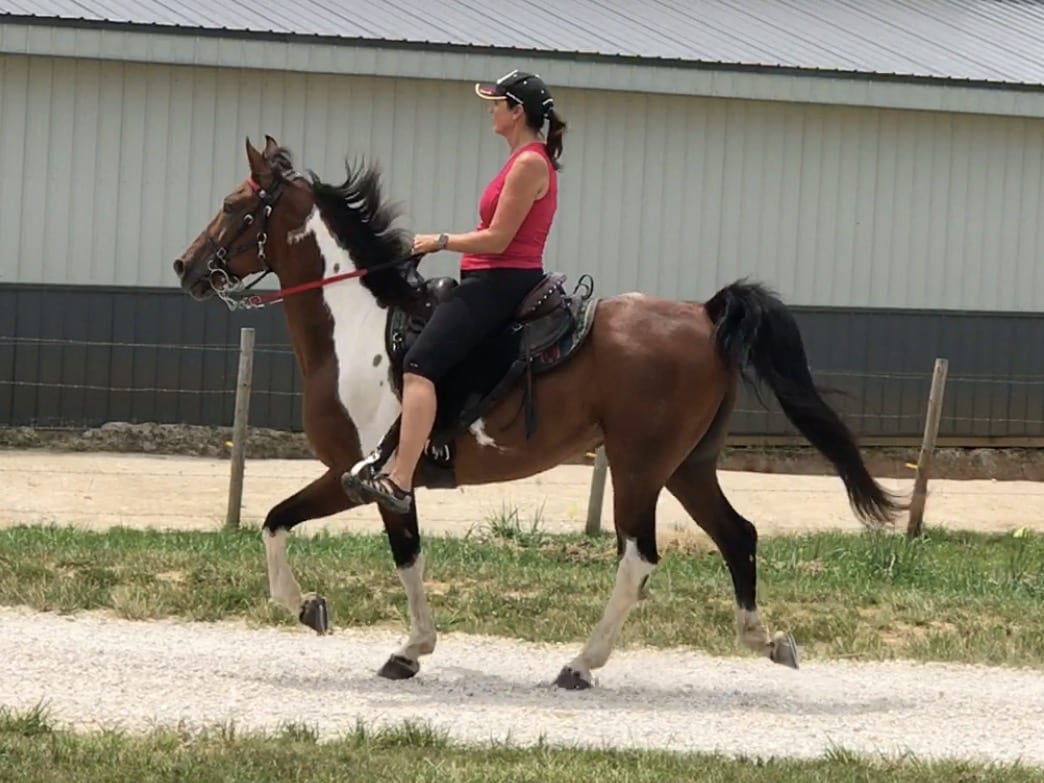 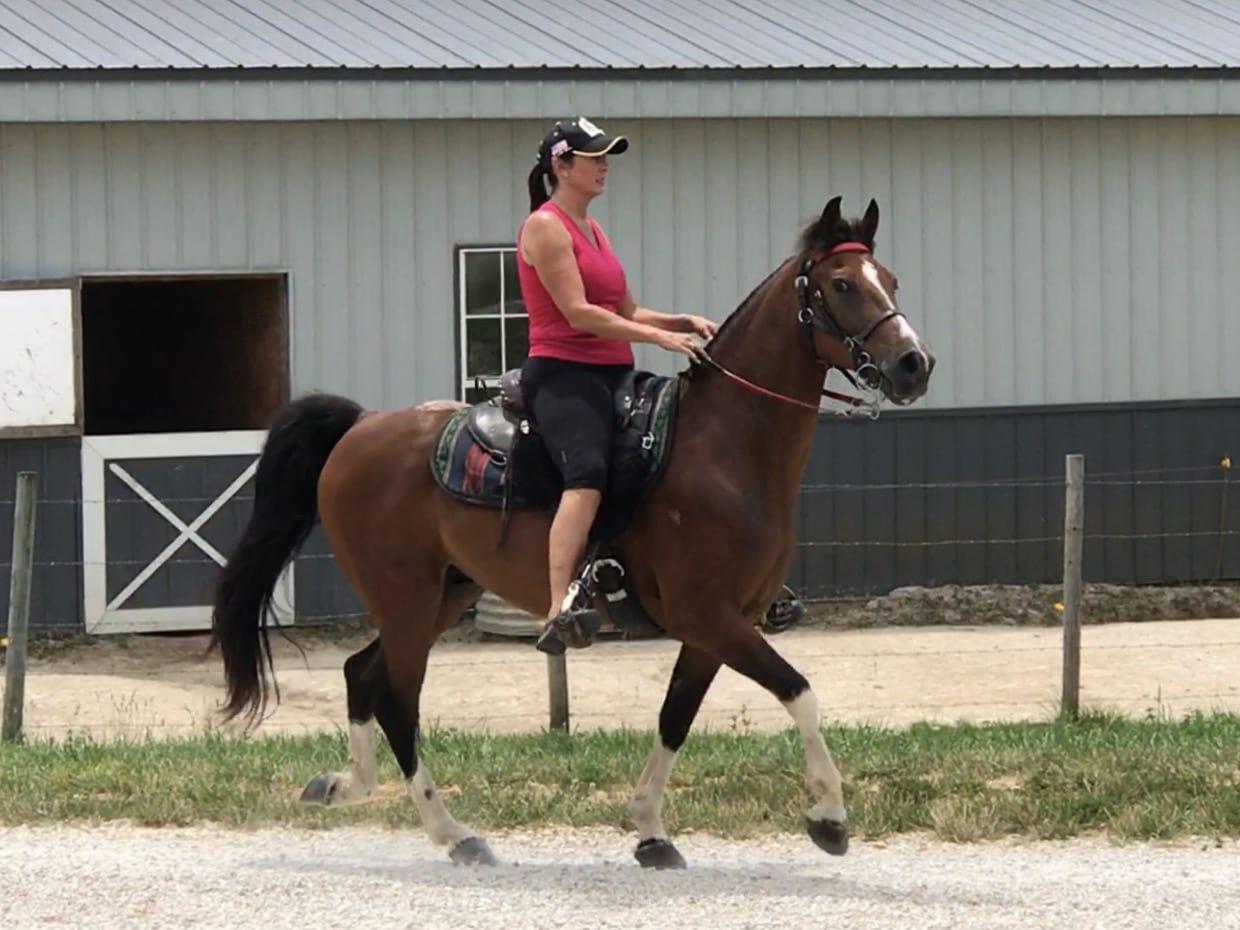 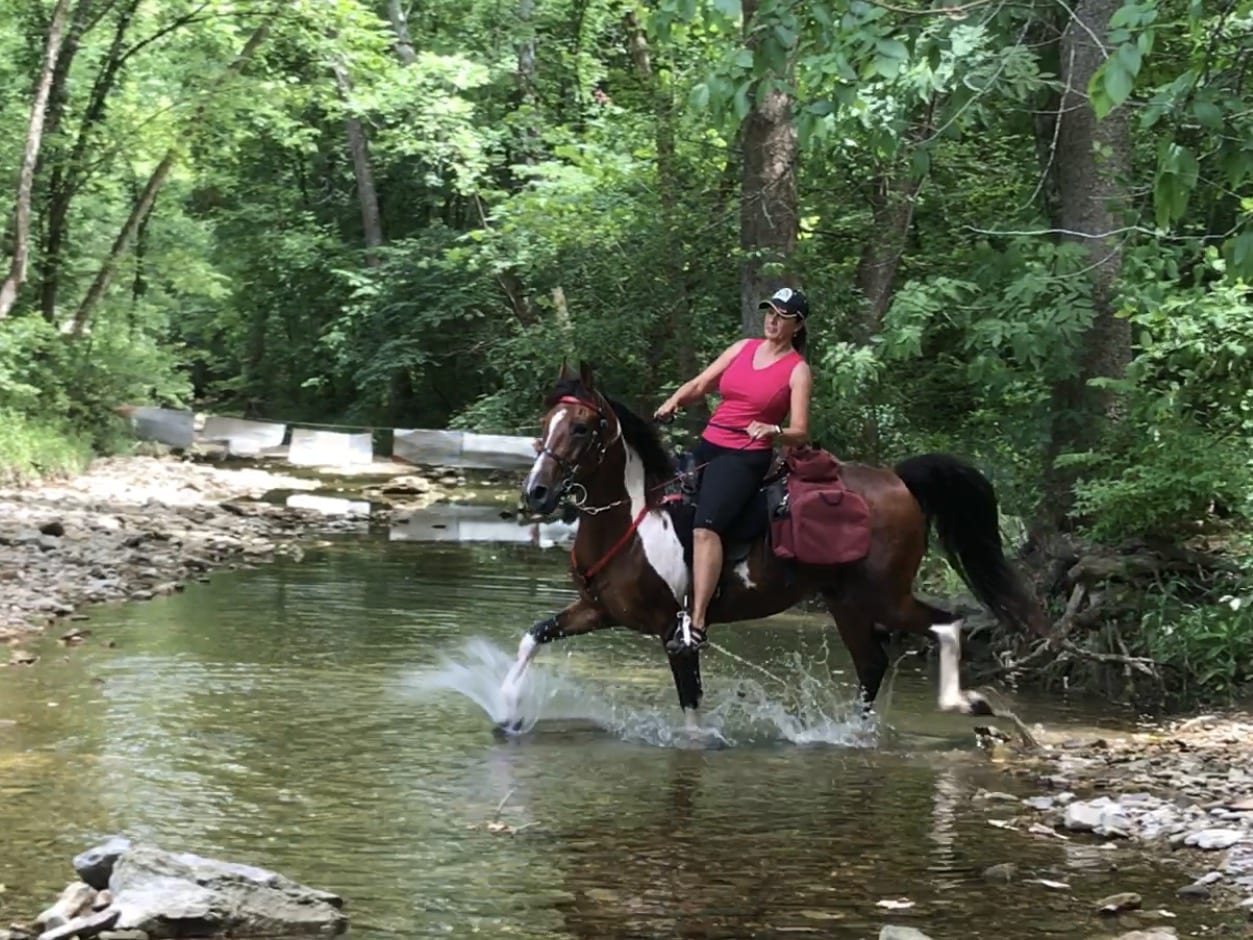 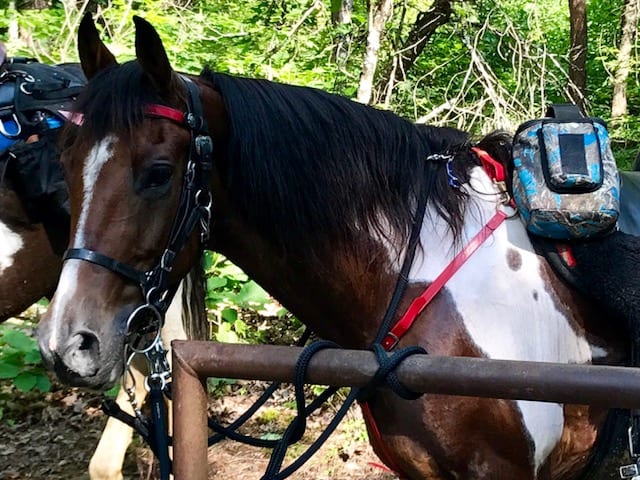 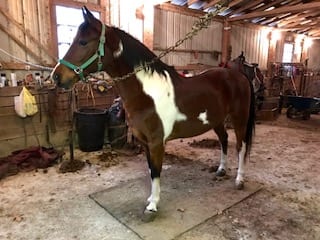 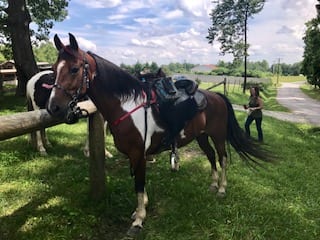 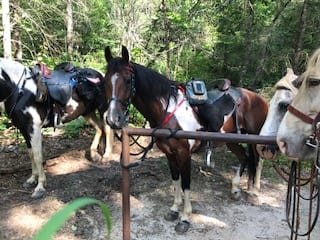 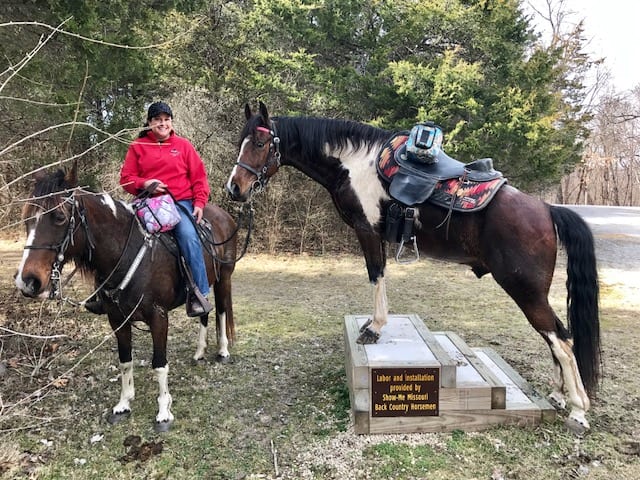